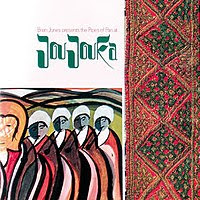 Our thoughts today are with the families and friends of all the great musicians no longer with us who recorded that day.

Last year Master Musicians of Joujouka organised a special festival to commemorate the 40th Anniversary. The performances were all recorded and preparations for releasing this music are well advanced.

The oldest musician in Joujouka who recorded with Brian Jones is Mallim Ali Abdeslam Attar.

Well done! Perhaps in future, if any photographs exist of the day Brian Jones & Co. visited Joujouka on July 29th, 1968, a book of photographs will be published.