Paul Trynka, former editor of Mojo and Q and author of the definitive biographies of David Bowie, Iggy Pop and now Brian Jones has written a major feature review on the Beat in Morocco featuring his experiences at The Master Musicians of Joujouka Festival.

As evening falls, the musicians walk into the tent in formal, almost military robes. From the first beat the music is arresting, melodies carried by seven or eight rhaita, oboe-like pipes – the pipes of Pan – flanked by five or six drummers playing tbel, primitive military-style drums. Pipers play a call and response; over the next five or six hours, then three successive nights, I hear hundreds of melodies, some surely blues or folk, some impossibly alien, while the drums boom out relentlessly hypnotic polyrhythms. The volume is overwhelming – your ears ring, your brain shakes, your teeth rattle. I've lost all consciousness of time, when suddenly a new energy fills the air – a goat-skinned apparition leaps on stage and the pipes distort into a rush of noise, like a Jimi Hendrix guitar solo. Bou Jeloud dances across the tent, shaking his hips in front of the musicians, who sweat with the intensity of their work. The little goat-skinned creature taunts musicians and crowd, brandishing olive branches, swiping young women and occasional unwary men.
It's a provocative, powerful performance. But it's fragile and endangered, too. "

Booking for the Master Musicians of Joujouka Festival 5-7 June 2015 with drop off on the morning of the 8th June is open at http://www.joujouka.org/the-festival/

Booking for a special Burroughs 100 night on 15 November , food accomadation and a full performence of Boujeloud in advance of the European Beat Networks Conference 17-19 Nov Hotel Chellah Tangier celebrating Burroughs is open at
http://www.brianjonesjoujoukafestival.blogspot.fr/2014/08/joujouka-boujeloud-before-european-beat.html
The full program for the European Beat Studies Network Conference in Tangier 17-19 Nov at Hotel Chellah  is available on their website http://ebsn.eu/ebsn-conference-2014-tangier-morocco/

In prelude to the European Beat Networks Conference which, this year honors William S Burroughs in his centenary year the Master Musicians of Joujouka will perform a special Burroughs100 event in their village  featuring Boujeloud on Sat 15 November. The price includes pick up and return to Ksar El Kebir, meals and accommodation for one night in the village. If you are not on a mailing list email joujouka@gmail.com for more details. Use Paypal Button below to pay 100 euro. 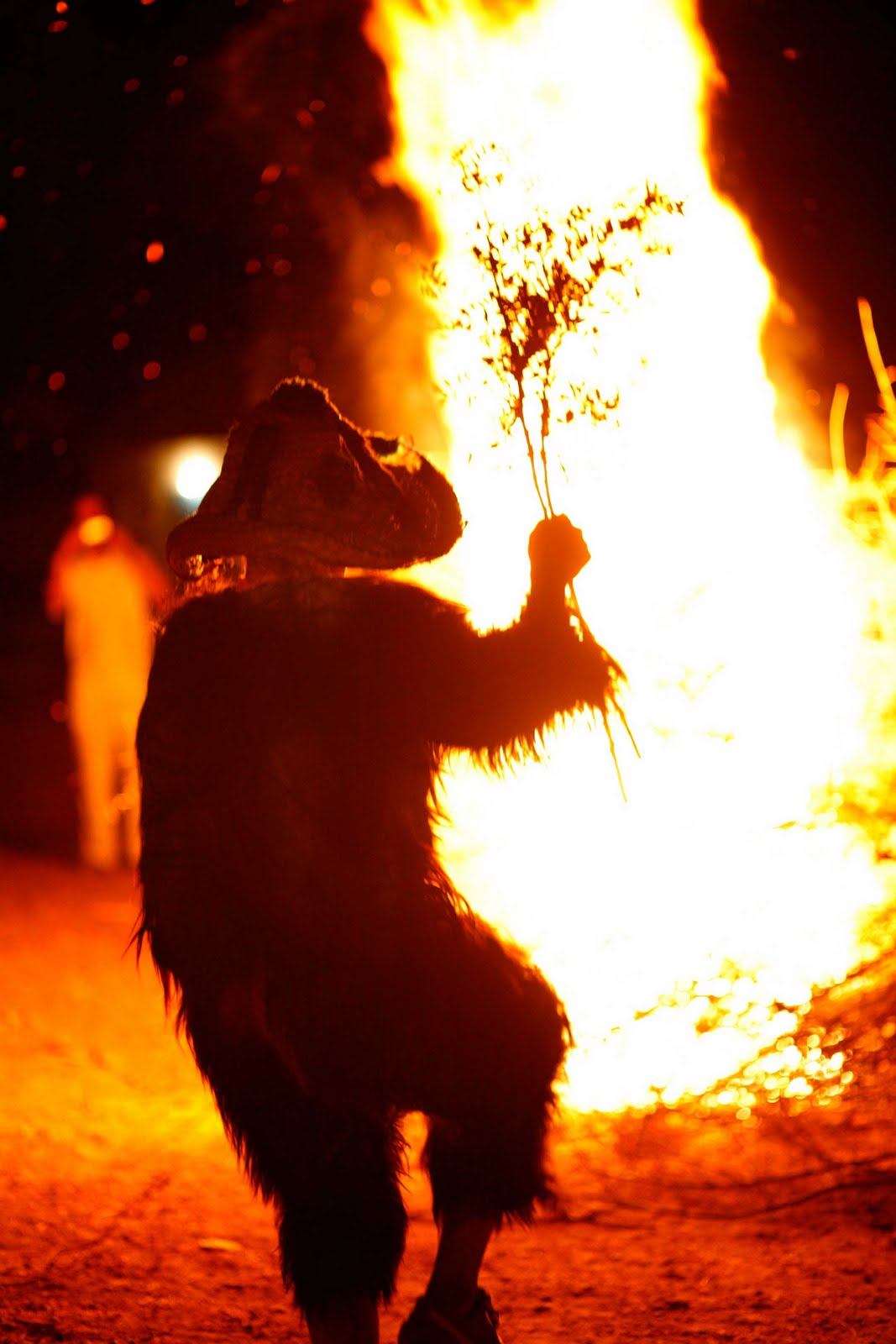 Posted by Brian Jones Joujouka Festival at 1:45 PM No comments:

Posted by Brian Jones Joujouka Festival at 3:00 PM No comments:

Artist Piper Mavis has written a report of the Master Musicians of Joujouka Festival and the quest for the haunts of the Beats and the Rolling Stones in Morocco."As the flames licked the inky night sky and the music reached a feverish frenzy, Bou Jeloud himself, the North African Pan-like spirit, seemingly emerged from the fire. As we watched him dance and taunt the fire, the musicians, and the audience, I couldn’t help but believe that there is such a thing as sacred music" Read Piper Mavis's full article  A Visit with the Master Musicians of Joujouka


Booking for the last few places for this years festival is available on http://www.joujouka.org/the-festival/more-about-the-festival-and-booking/
Posted by Brian Jones Joujouka Festival at 7:06 AM No comments: