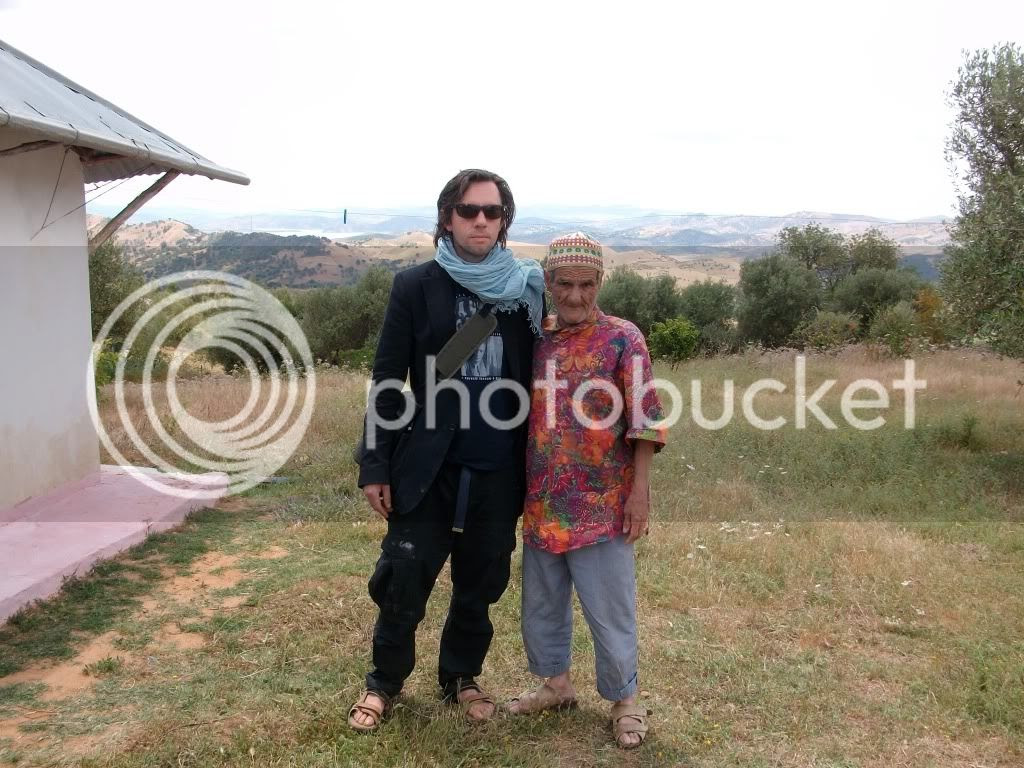 Boulalem Hamri who worked for Brion Gysin at 1001 Nights in the 1950s. Boualem is the brother of the late Mohamed Hamri 1932 -2000, the man who brought Brion Gysin, Brian Jones , William Burroughs, Timothy Leary, Ornette Coleman and indeed even Frank Rynne to his village of Jajouka/Joujouka. between the early 1950s and the 1990s respectively. Here Boualem is with his friend Frank Rynne Master Musicians of Joujouka producer and manger in Joujouka at Hamri's house next door to  the Master Musicans HQ  during the MMO Joujouka Festival June 2009. Booking for this years festival 8-10 June 2012  www.joujouka.net
Posted by Brian Jones Joujouka Festival at 2:19 PM