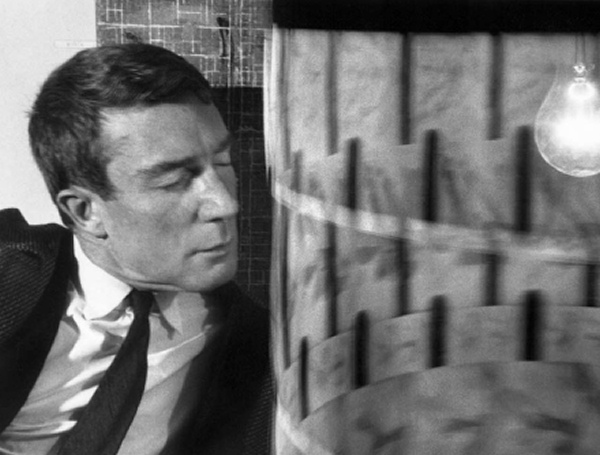 “We must storm the citadels of enlightenment the means are at hand” William S. Burroughs

“The Dreamachine is an aid to visionary experience” Aldous Huxley

First shown in 1962 the Dreamachine was invented in Paris by painter and visionary Brion Gysin, who also invented the Cut-Up method of writing for William S. Burroughs and a young Cambridge scholar Ian Sommerville. In Paris they lived at run down hotel which became known as The Beat Hotel as it was home to Allen Ginsberg, Gregory Corso, William S. Burroughs and a host of Beatnik experimenters.
The Dreamachine was the first artwork intended to be viewed with the eyes closed. The Dreamachine is a cylindrical spinning device with a light which emits Alpha waves which cause changes in the brain to produce sensory changes, swirling colour patterns and intense dreams.
Over the past 50 it has been used by William Burroughs, Kurt Cobain, David Bowie, John Giorno, Paul McCartney, Marilyn Manson, Laurie Anderson, Keith Haring, Allen Ginsberg, Ira Cohen, Iggy Pop, Marianne Faithfull, Kenneth Anger, Beck, Genesis Breyer P-Orridge and countless other artists and hipsters.
In 2012 the first ever mass produced models have been created. At the Toronto launch in October 2012 Booker prize winners Margaret Atwood, Michael Ondaatje and John Geiger where the guests of honour.  We will be launching the UK première of the dreamachines at Modern Panic III - Join us!